For the past ten years, Father’s Day has been bittersweet occurrence. Having lost my father to cancer in the July of 2007, the day in question recalls my memories of him – and throws into sharp relief that I lost him far too soon. As one leaves childhood and becomes an adult, I feel that your parents play a role that is no less important to the one they did during your formative years. My father left us a month before my sixteenth birthday – a time when I was a typical teenager, surly and self-centred. Now almost in my twenty seventh year and with so much time having passed, I wish I could have gotten to know him with the knowledge, understanding and perspective that I’ve since acquired.

Nevertheless, his presence and impact on my mother, myself and my four brothers (from my Dad’s first marriage – we don’t like to use the term “half siblings”) retains it’s strength today. From the music I listen to, the foods I appreciate and the places I feel at home at, most of my life choices are proof that my father is alive and well within me. He introduced me to The Beatles, The Stones, Chicago, Fleetwood Mac, Dire Straits and Led Zeppelin. The latter I first experienced at age 6, whirling around the living room as Robert Plant’s otherworldly falsetto in “Black Dog” turned me into a lifelong fan. After his death my mother took me through his vast collection of vinyl. We would sit around the table in the evenings, drinking Port, and listening to whatever LP we pulled from the cabinet first. OC Smith, Frank Sinatra, Duane Allman, BB King and Blood, Sweat & Tears. I first heard Jethro Tull during one of these nights – from their more theatrical debut albums Aqualung and Thick as a Brick to the more mature prog-rock sound on Crest of a Knave. To this day, the tracks on the Crest of a Knave album “Farm on the Freeway” and “Budapest” never fail to remind me of him.

Because the memories I have of my Dad are so intertwined with music, even the smell of dust, leather and wood veneer on his Pioneer 1971 turntable brings back Saturday nights, my father in his armchair at the fire, Chicago blaring out of his headphones, his head nodding gently – truly appreciating every cadence of the music he loved so much.

As far as looks go, I received his honey brunette hair, long legs and, although they’re cause for much hilarity among the rest of my family, his pork sausage fingers. Mercifully enough, while my Dad had large hands, mine are small and dimpled, like that of a toddler. Nods to my father are everywhere amongst myself and my brothers; from our penchant for walking too fast, our love for very good music, for the finer things in life and for family.

My father passed on before I really discovered my passion for food and one of my regrets is that I’ll never be able to cook for him.

So in celebration of Father’s Day and in honour of my Dad – David John East – I’ve developed a recipe for a hearty winter risotto that combines all the flavours he loved best. Paired with Flagstone’s “The Last Word” fortified wine, my risotto features local charcuterie sourced from my favourite The Flying Pig, seasonal Portobello mushrooms, fresh thyme and proper British Stilton. The rich red berry flavours and aromas found within “The Last Word” partner up with the sharpness of the Stilton, creating a dish that succeeds in being both comforting and luxurious.

For someone that still heeds so much of how her father lived his life, isn’t the name “The Last Word” just so wonderfully apt?

Risotto with Portobello, Stilton and Guanciale

In a large heavy-bottomed pot, gently render the cubes of guanciale or pork lardons. Add in the diced onions and fry until translucent. Strip the thyme leaves from their woody stalks and add into the pot along with the cauliflower and mushrooms and stir-fry until browned. Using “The Last Word” fortified wine, deglaze the bottom of the pot before seasoning with salt and pepper. Add in the arborio rice and stir over medium heat for a minute to allow the flavours to infuse into the rice. Pour in the wine, reduce the heat and stir the mixture until all the liquid has been absorbed by the rice. Add in 300ml of the chicken stock and continue to stir until the liquid absorbs again. Continue adding liquid until the risotto takes on a creamy porridgy consistency and the rice is al dente. Add in the crushed garlic and season again if necessary. Finally, pour in the cream and stir the risotto until the rice is tender. Spoon a helping of the risotto into four warmed bowls and crumble a bit of the Stilton over each dish. Serve immediately alongside small glasses of “The Last Word” fortified wine. 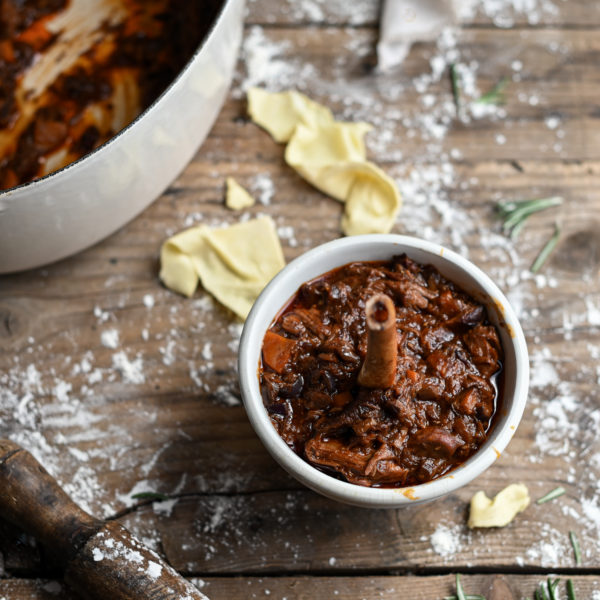 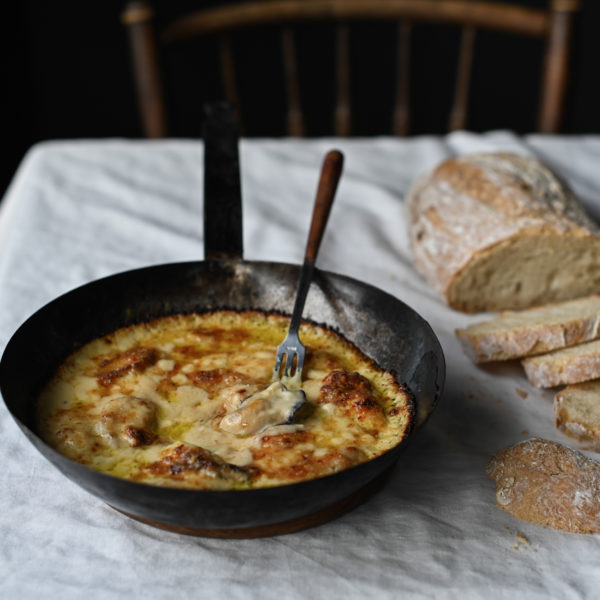 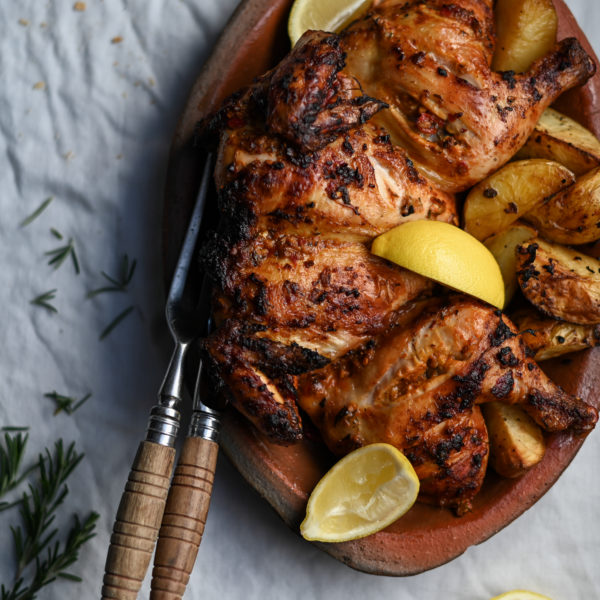