Often an overlooked town – and one that up until now I hadn’t ever properly explored – Saldanha Bay has come into its own as another wonderful Weskus destination. A group of local folks involved in permaculture, food, wine and hospitality have joined forces to create The Saldanha Experience – an interactive event aimed at the adventurous, the curious and the connoisseurs of the finer things in life. Featuring a series of curated activities, The Saldanha Experience looks to shed any misconceptions about its namesake through the combination of excellent local wines, intriguing locations and of course, an entire array of delicious food farmed, caught, prepared and served in the heart of Saldanha Bay.

I had the pleasure of returning to my beloved West Coast to a town that I was unfamiliar with, to attend an event that seemed as enigmatic as the cathedralesque steelworks that stand guard over the entrance to Saldanha Bay. As for the town itself, there is none of the romanticism associated with the whitewashed fishing huts or charmingly dilapidated rowing boats present here. Unlike other hamlets that strive to deliver an idealization of what the West Coast is, Saldanha Bay is a working town and isn’t ashamed of it.

The steelworks I mentioned tower over the bay, dominating the horizon and providing a constant reminder that this is a place of industry. While there are many who may find the Saldanha Steel mill an eyesore, it does lend it’s own signature to the landscape. Appearing as if off a film set from a Mad Max movie, the turrets and ramps are lit up like a constellation of stars at dusk, and red dust from the iron ore provides some of the most intensely orange sunrises I’ve seen yet.

This case of natural beauty and human industry joining forces is not limited to the steelworks – scattered across the bay and bobbing in the gentle swell lie the oyster and mussel farms. Alternative to the latter in that fact that the farms are a working example of symbiosis between nature and humankind, this sort of permaculture happens to be the most sustainable and eco-friendly form of farming on the planet. Because mussels and oysters are filter feeders, they purify the water, making their immediate surrounds crystal clear. The rafts and ropes, cages and baskets that these mindful molluscs are farmed in also provide a natural ecosystem for other small sea creatures like anemones, crayfish and shrimp.

Guests of The Saldanha Experience are taken by boat and shown exactly how this seafood staple is grown before being dropped off on a sturdy raft in the middle of the bay with Kevin Ruck of the Blue Sapphire Pearl Company. Arguably my favourite part of the day, we were welcomed with glasses of chilled Darling Cellars Blanc de Blanc Brut MCC and as many oysters as we could eat (in my case none because I no longer eat them – yes I’m crazy). Kevin then taught us how to shuck oysters while adding in a whole lot of interesting oyster trivia between the feasting. There is something to be said for slurping oysters and sipping bubbly in the winter sunshine whilst afloat in the middle of Saldanha Bay – I felt like a rather affluent Robinson Crusoe. Emma, who is smart enough to eat oysters, enjoyed herself thoroughly – once you’ve tasted an oyster fresh from the sea, those poor anaemic creatures showered with regurgitated seawater in restaurants pale in comparison.

Suitably satiated for the time being, we were boated back to the mainland in time for the lang tafel lunch. An utterly spectacular affair, the lunch was held in an unused section of the Saldanha Bay Oyster Company’s sprawling seaside factory. Two long tables set with pristine white linen, enamel tableware and sprigs of wild herbs ran the length of the warehouse whilst sunlight streamed through an open hatch overlooking the blue waters of the bay. Platters of yet more fresh oysters set on coarse sea salt made their rounds and the bubbly was flowing. After the soupçon of shellfish, the tables groaned once again as fresh carrot and cumin bread by Manna 2 Life arrived, along with the most delectably flavoured smoked angelfish by Charlie’s Fish Shop and chilled bottles of Darling Cellars‘ Sauvignon Blanc.

But the main attraction of the meal were the fresh Mediterranean mussels prepared by Kyle Dods of The Mussel Monger and his team. Farmed right here in Saldanha Bay by Blue Ocean Mussels, the molluscs in question were plump, tender and deliciously briny. Simply steamed in a light mirepoix of sautéed carrot, onion, garlic and wine, the mussels take on a wholly South African appeal because Kyle serves them with vetkoek to mop up all that lovely sauce. Using the motivation that the French have their Moules Marinere and the Belgians have Moules-Frites, he reckons that it’s high time we South Africans have our very own mussel dish – with vetkoek!

Paired either with glasses of Darling Cellars Sauvignon Blanc or Darling Brew’s range of artisanal beer, the mussels encompassed the ingredients, the flavours and the way of life that Saldanha Bay offers – one of relaxation, laughter and appreciation for the little things in life.

Helping to end the lunch on a sweet note, celebrated bakery Cup of Cake provided their delectable lemon meringue cupcakes filled with creamy lemon curd. Although almost full to bursting with lovely fishy fare, dessert made sure that an already wonderful day was made just that little bit more special. What could be better than soaking up the sunlight, a glass of MCC in one hand and a cupcake in the other?

Perhaps a night at the beautiful Blue Bay Lodge – where we stayed over on the Saturday. Although Blue Bay Lodge hosted a wonderful dinner catered by Katie and Luke Wonnacott of Table Seven on the Friday night, I was over at The Protea Hotel Saldanha Bay shooting content of their dinner. Unquestionably experiencing the best of both worlds, I got to stay at The Protea Hotel on the Friday evening before checking in to Blue Bay Lodge for the following night. While both lodges are situated on the shores of the bay, it is the latter that boasts a lengthy beach. Still full to brimming with food, we opted for a walk along this beach in the bracing winter wind, a buttery moon rising into the pastel sky. Across the bay thousands of twinkling lights lit up the steelworks, and the combination of the shell-pink sky, the crashing waves and the steelworks sparkling through the haze was truly a sight to behold.

We fell asleep to the sound of the ocean and the call of frogs in a nearby stream, the ideal soundtrack for a good night’s rest. The following day I rose early for another walk along the sand. The moon was setting while the sun rose in a riot of fiery colour, the steelworks silhouetted against its rays. The air was fresh, seagulls fished in the shallows and the beach was scattered with myriad tiny shells. I thought back to the day I had experienced, the friendliest people that had welcomed us so warmly, the delicious food we sampled, the breathtaking scenery of the night before and fell, if possible, even more in love with the West Coast and all that offers. Saldanha Bay is no exception – in fact, this unassuming fishing town is the exception. Over two short days it managed to defy our expectations and break down our misconceptions. And that for me is the West Coast – always surprising, always extraordinary, never predictable.

This is an entirely unsponsored post (you know me and the West Coast!) and I can’t recommend The Saldanha Experience highly enough – keep your eyes peeled for tickets to the next one. 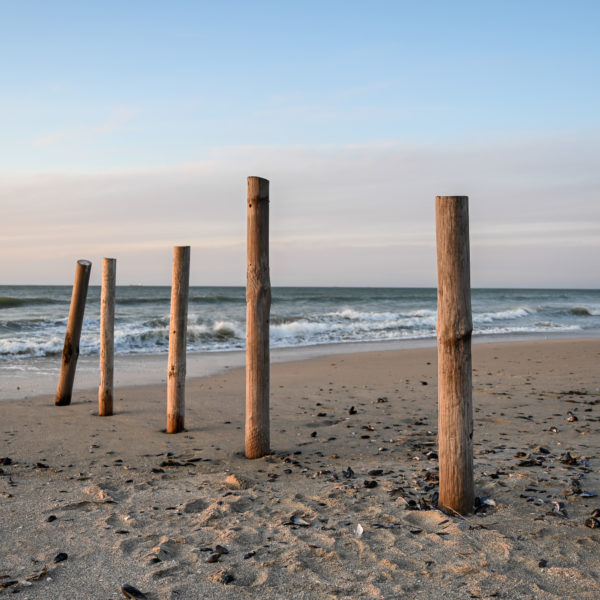