Comfortingly creamy, this Roasted Cauliflower Soup is inspired by Dianne Bibby’s recipe from her beautiful cookbook – Bibby’s Kitchen. Redolent of caramelised garlic, tender white onion and chicken stock this is the soup best suited to herald in the Autumn season. What with brassicas now coming into bloom, there’s no better time to fire up the stove and fill one’s kitchen with the aromatic allure of a good rib-sticking soup.

I was fortunate enough to attend the book launch and meet Dianne in person – someone who is as warm and welcoming in person as she comes across over her Instagram (which I envy terribly!) – at the lovely seaside home of Isabella Niehaus. Having attended Isabella’s very own book launch a year prior, it was such a treat to return and sample Dianne’s signature Mediterranean fusion cooking. Over a languid starter of mezze spreads, her delectable chickpea and cumin flatbreads and loaded hummus bowls, we lunched on fire-grilled angelfish, shawarma chicken, wild rice and freekeh salad and tender roasted lamb. A ramekin of silky panna cotta with a tart blueberry coulis completed the meal.

After even the briefest of browses through Di’s book, there is no question that it is set to become a kitchen staple for the modern cook. From shakshuka to a sumac-roasted aubergine salad to spatchcocked Mexican chicken with a nectarine salsa, each offering is exciting, inviting and ultimately will make you look extremely professional at your next dinner party. I was attracted in particular to her bread chapter – especially as it lists an overnight ciabatta within its lineup. Not a baker by nature, I’m leaving Di’s plethora of decadent cakes, cookies and desserts to a later date so that I’m able to better hone my skills.

Choosing a recipe to feature on my site proved trickier than I thought. Allured by the thought of the upcoming Autumn season, I decided to go with a soup – namely Di’s Roast Cauliflower and Fennel Velouté with Cognac Cream. That sounds like rather a mouthful – my kind of food. What with fennel being solidly out of season and my garden no longer yielding any more aniseed-flavoured bulbs, I did have to make some tweaks to the original recipe. I happened to have a litre of chicken stock courtesy of my last roast and I decided to swap out the fennel for caramelised garlic instead. Also, because I seem to have the pantry of peasant, I replaced the cognac with some Semillon I happened to have at hand. The result was a soup a little darker in hue than Di’s pleasingly ecru offering and one that was certainly more rustic in flavour and texture. I got even more unglamorous with a topping of cheesy toasts instead of the elegant option of rye and walnut crumbs – a decision that cemented Di as a pure-bred Persian whilst I’m the veritable stray cat of South African cooking. Fortunately there’s enough room in this basket for the both of us!

Preheat the oven to 200°C. Spread and cauliflower and garlic across a baking sheet and drizzle over the olive oil. Season with salt and pepper and scatter the thyme leaves over the top. Roast for 30 minutes, turning once.

Using a heavy-bottomed casserole, sauté the onion in the butter until tender and softly golden. Deglaze the pot with the white wine and add in the roasted cauliflower. Squeeze the roasted garlic out of their skins and add to the pot. Pour in the stock and use an immersion blender to blitz the mixture into a smooth soup. Stir in the cream and season to taste.

To serve, drizzle a little olive oil over the baguette slices and top with shavings of Karoo Crumble (or any other hard cheese – Parmesan is great too). Set the slices under the grill for a few seconds to allow the cheese to melt. Ladle the soup into warmed bowls and top each with two toasts. Serve the soup immediately with a glass of a robust white wine such as Cederberg Ghost Corner Semillon. 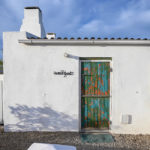 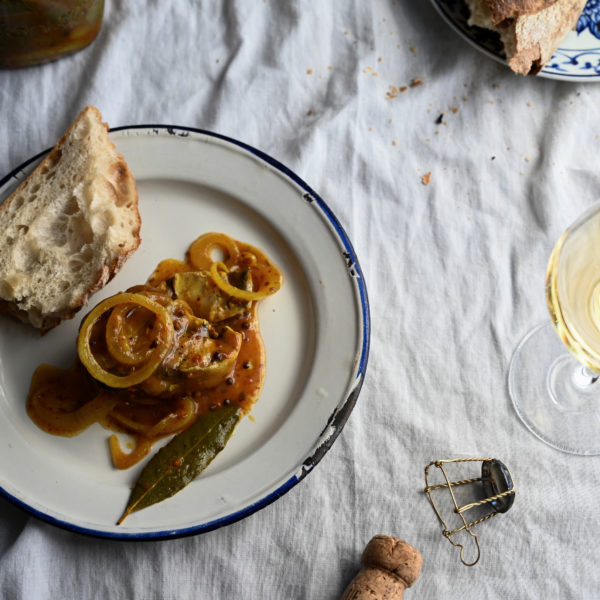 Thanks so much Sam!