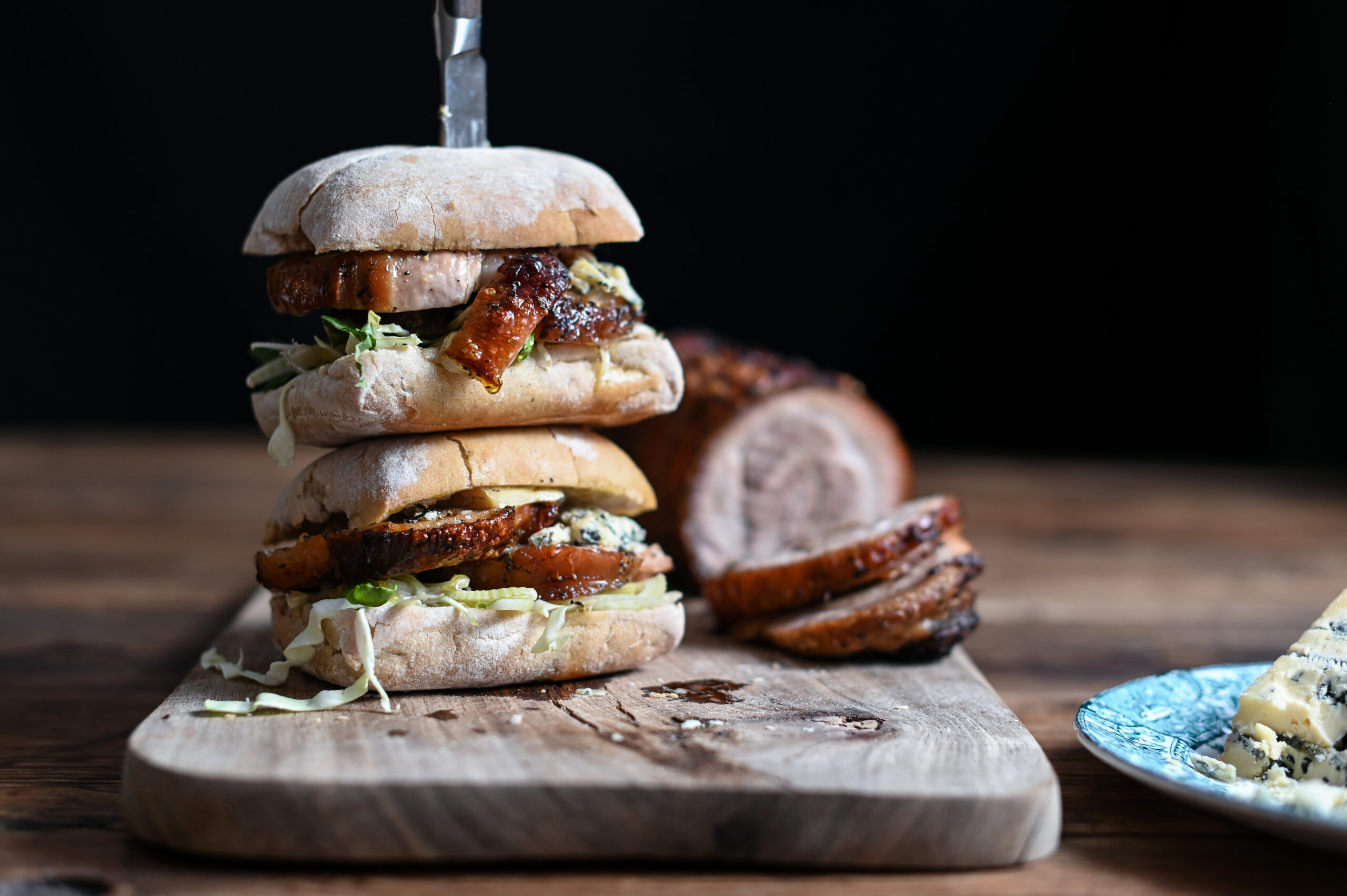 The epitome of slow-roasted recipes, porchetta is a popular Italian dish consisting of pork belly flavoured with herbs and cooked low and slow until it yields up tender meat and crispy crackling. Using minimal ingredients, the star here is the pork and so it’s essential to use the best cut and quality you can afford.

Traditionally, porchetta is made from whole suckling pig, stuffed with aromatics such as wild fennel and herbs and in some cases, stuffed with organ meats like liver and kidney. The pig is cooked over a fire pit for 6 to 8 hours until perfectly tender with shatteringly crispy skin. This version is a little less intimidating but pack no shortage of taste. Using ready-prepared pork belly means no fiddling with string and its manageable size means that dinner is on the table in three hours. Speaking of dinner, one could opt to serve the porchetta with vegetables and a rich gravy, but the roasted pork is equally as delicious as a relaxed lunchtime offering with salads and crusty ciabatta.

Often served as a street food, porchetta is sliced and stuffed into a warm bread roll, perhaps with a bit of shredded fennel or sliced tomato. Often, the juicy porchetta is enough of a filling on its own – with the unctuousness of the pork soaking into the fresh bread. Hungry yet?

For this recipe, I took inspiration from Mandy of Lady & Pups’ porchetta sandwich with sweet Gorgonzola. The idea of fatty pork with creamy blue cheese got me all riled up. Here I used a South African blue cheese and paired it with a shredded fennel and butter lettuce slaw of sorts – something crunchy and green to break the richness. The mushroomy notes in the cheese lend themselves to a pairing with Darling Cellars’ Six Tonner Merlot – what with the wine’s silky tannins and notes of vanilla, coffee and liquorice.

Preheat the oven to 200°C. Lay the pork belly flat, skin-side down. Sprinkle with lots of salt and pepper and rub the seasoning into the meat. If using ready-rolled pork belly, simply do the same over the outside of the meat.

In a bowl, combine the chopped herbs, lemon zest and juice, garlic and olive oil. Brush the marinade over the pork before rolling it up and securing with kitchen twine. For a simple guide on how to do this, see Delicious Magazine’s version below:

Cut 10 lengths of string, each about 30cm long. Sprinkle the herbs, fennel seeds and garlic over the pork. Carefully roll up the from one of the long ends, then tie very tightly with string in the middle of the roll. Tie at either end, about 1cm in, then keep tying at intervals along the roll until all the lengths of string have been used up. If any filling escapes, push it back in.

Again, if using a ready-rolled pork belly, simply rub the marinade into the meat. Rub the ready-rolled pork with a little extra olive oil and roast in the hot oven for 15 minutes with the seam facing upwards. Turn the pork and cook for the further 15 minutes with the seam facing down. Reduce the oven’s temperature to 130°C and cover the pork with foil. I also like to pour in a little white wine to steam the meat as a cooks but this is optional.

Roast the pork for a further 3 hours before removing from the oven. For extra crispy skin I give the porchetta a quick blast under the grill, turning once. Rest the pork for 5-10 minutes before slicing.

For the slaw, use a sharp knife to slice the lettuce into ribbons and thinly cut the fennel. Retain some of the fennel tops to use in the slaw. Combine the lettuce and fennel in a bowl and drizzle over some olive oil. To assemble a porchetta sandwich, halve a ciabatta roll and top with some slaw followed by a slice or two of porchetta. Crumble a little blue cheese over the top and close the roll. Serve with a few glasses of Darling Cellars’ Six Tonner Merlot. 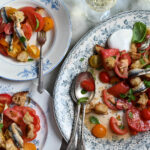 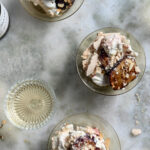 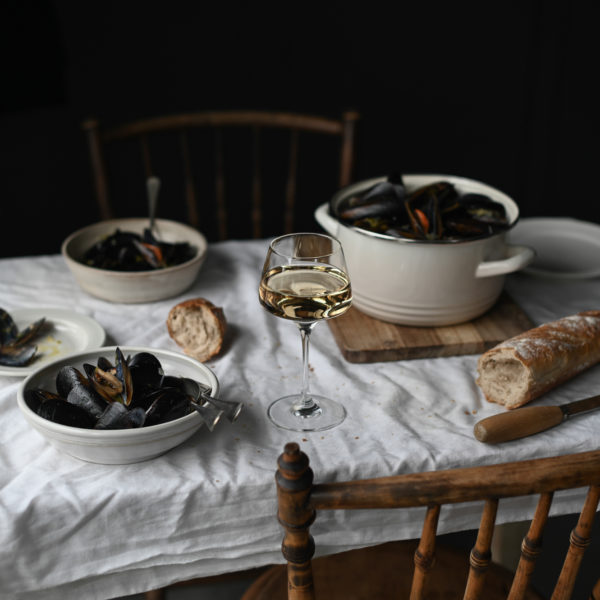 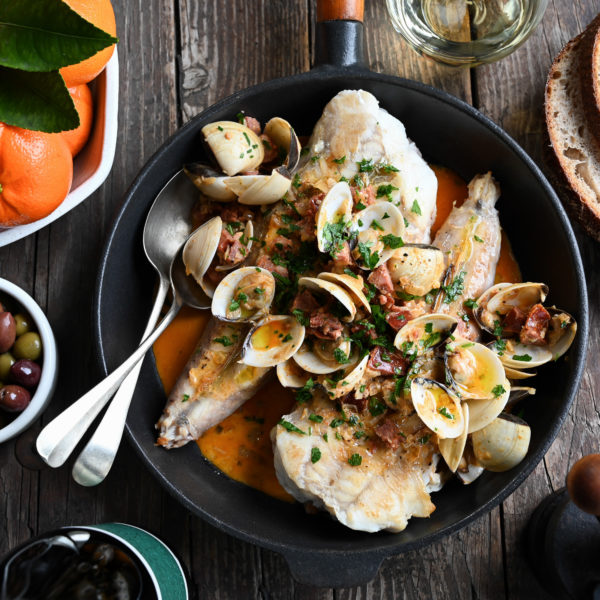 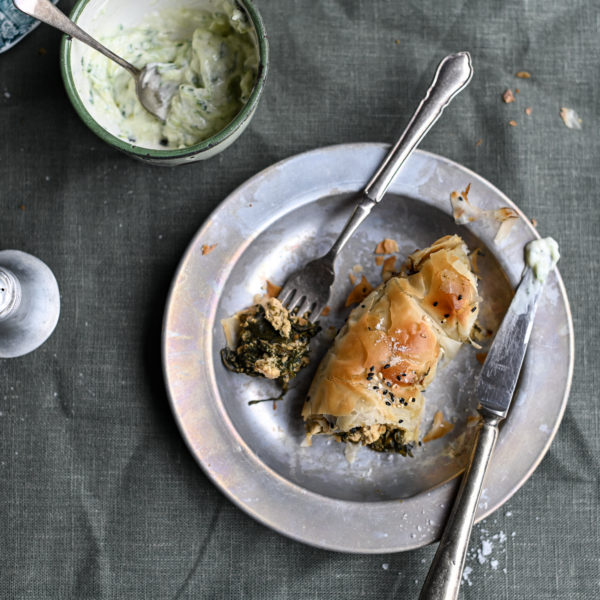