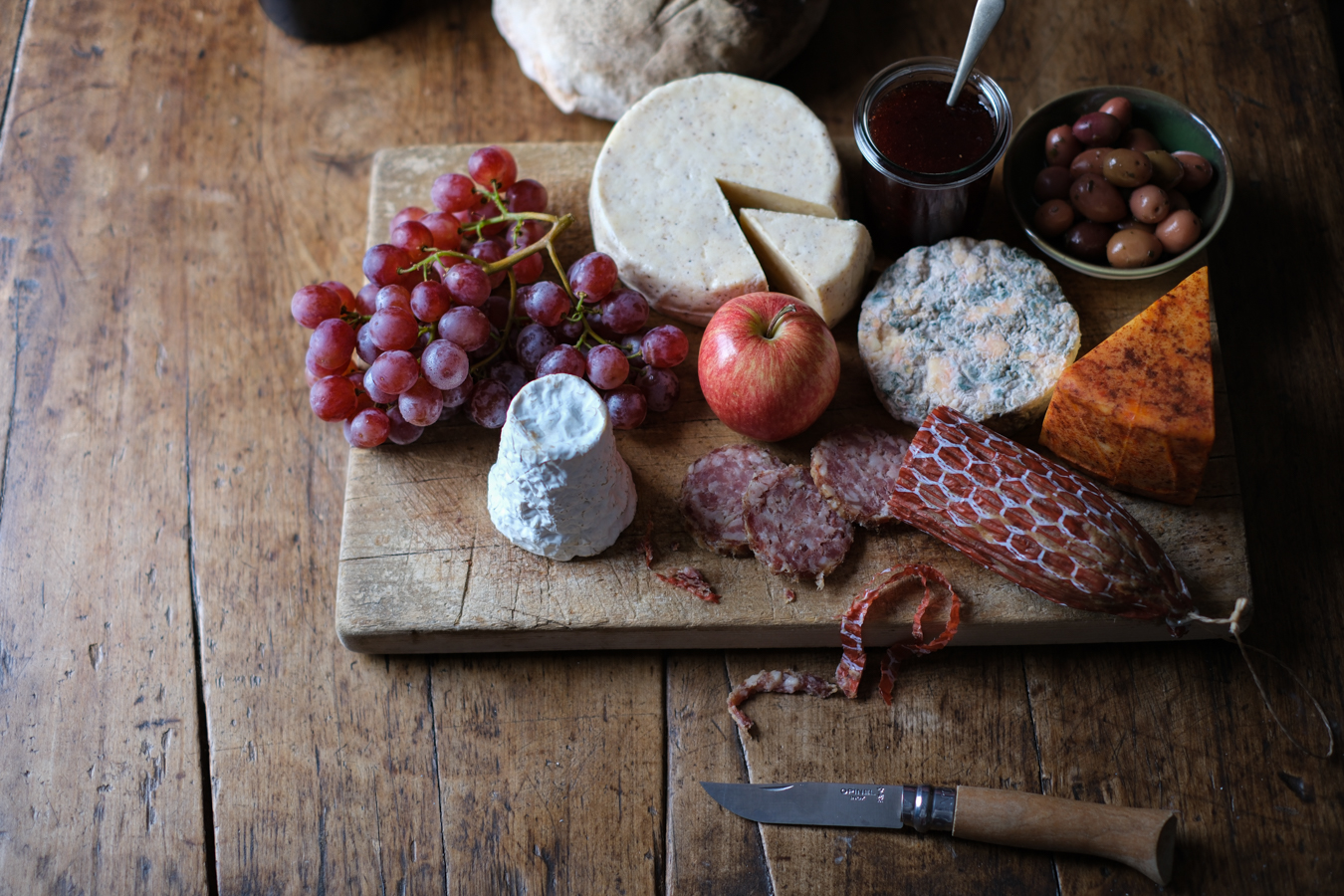 In South Africa, the arrival of cherries equals the arrival of Christmas and thus no festive season recipe repertoire is replete without something sweet involving these seasonal treats.

Usually my favourite way to enjoy cherries is while watching TV, a big bowl of the fruit on my lap. They need to be icy from the fridge and leave my fingers and lips sweetly stained for the next few hours. Utter bliss!

But after having been sent a glut of fresh cherries by Du Toit Agri, I decided to make a speedy compote for a festive cheese board. Relaxed feasting is how I prefer to cater each festive season and one of the best ways to achieve this is via the humble cheese board.

Or not so humble, depending on whose cheese you choose to use. In this event, I’ve sourced from local gem and my preferred supplier Kokerboom Kaas. Situated right here in Velddrif, cheesemaker David and his assistant Leah produce beautiful artisanal cheeses, yoghurt and charcuterie using Jersey milk from a neighbouring farm. Named for the Berg River estuary’s resident birds, each cheese has it’s attraction, with one of my favourites being the Egret – a creamy Camembert-style cheese that pairs wonderfully with my cherry compote.

Speaking of which, I’ve flavoured the compote with a few bay leaves and some cracked black pepper – as I find that both lend a wonderfully festive spice to the cherries. Here I’ve used about 500g of pitted cherries for the compote but feel free to double or quadruple the recipe for edible gifts. The compote can be stored in sterilised and sealed jars for up to a year and refrigerated for up to a month after opening. Not only great with cheese, my cherry compote can be used in your next trifle, as a glaze for Christmas gammon or roast duck or stirred through softened vanilla ice cream for a speedy dessert.

Place the pitted cherries into a heavy bottomed pot and add in the brandy and sugar. Set the pot over high heat and stir the mixture until the sugar has dissolved. Add in the bay leaves and black pepper and leave the mixture to gently boil over low heat for 30-40 minutes or until reduced and thickened. If the compote gets too thick, add a splash of water. When ready, spoon the cherry compote into a sieve and push through using the back of the spoon. Discard the cherry pulp or keep and enjoy with ice cream or as a base for a jammy G&T cocktail. Leave the compote to cool slightly before spooning into sterilised glass jars. Don’t forget to refrigerate the compote upon opening. 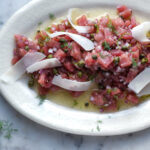 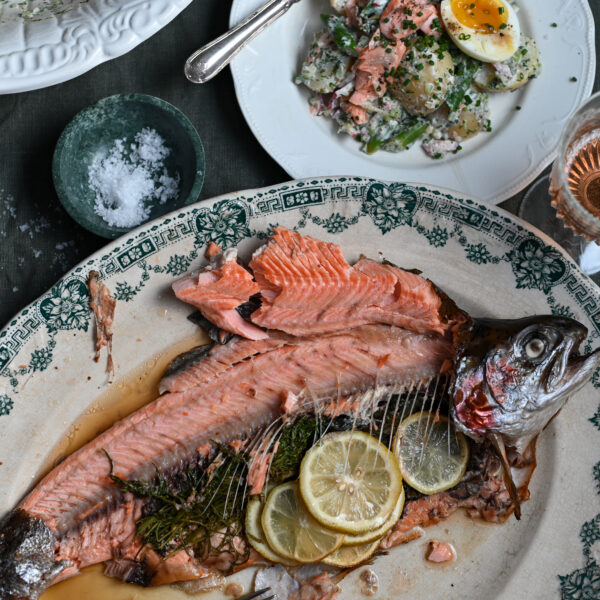 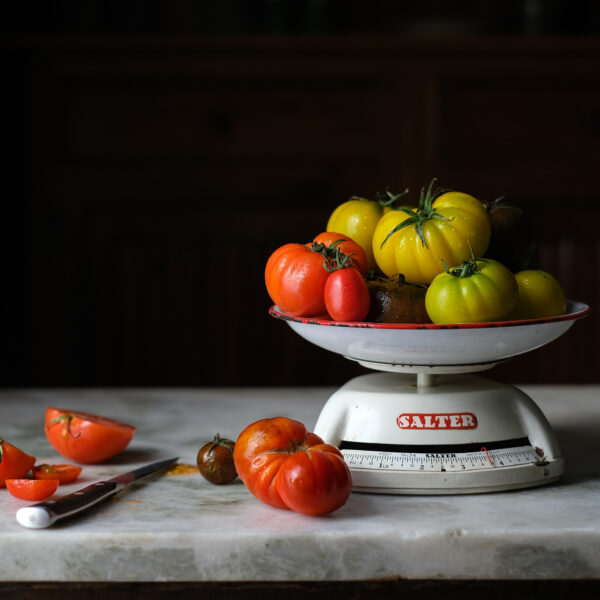