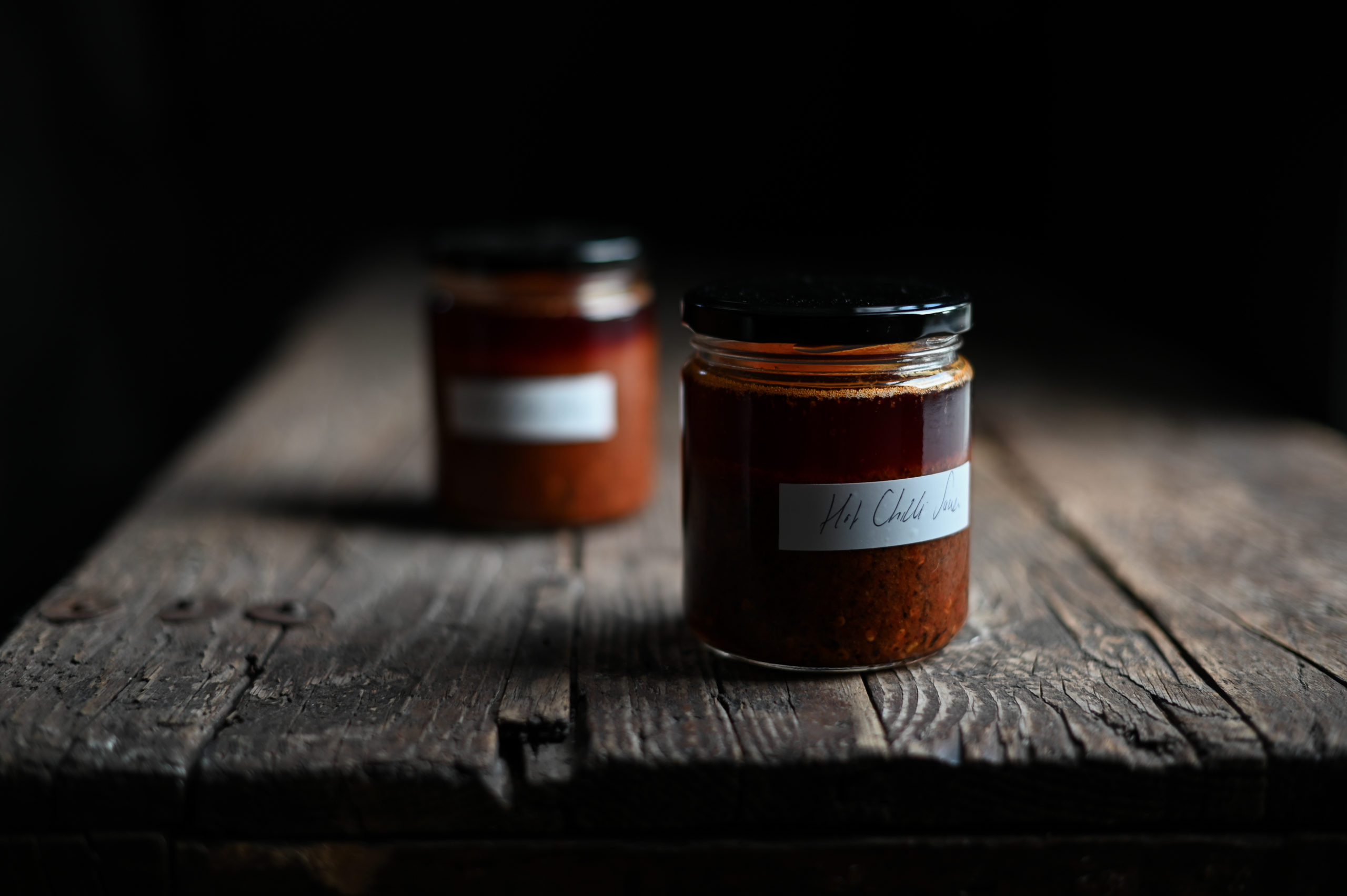 This article first appeared in House & Leisure Online and is entitled “A Trio of Preserves”. Here I’ve adapted my original post slightly in order to make it blog-relevant.

As of two weeks ago, I can say that I’ve reached my peak and can officially retire. Yes, at the ripe old age of twenty-eight I’ve perfected a recipe for smoked chilli sauce. Everything you’ll want in a hot sauce, mine is vinegary, salty and ultimately spicy enough to launch those endorphins into the stratosphere.

After my six cayenne chilli plants yielded more fruit than I knew what to do with, the need for a decent chilli sauce arose. Not really having any one recipe to work from, I took the concept of vinegar-heavy Tabasco and combined it with an idea given to me by Jenny Morris at a media lunch. She suggested blending the whole chillies with coarse salt and adding in garlic and coriander. Since I had no coriander but a lot of rosemary, I used the latter to give earthy freshness to the sauce. A handful of white flaky West Coast sea salt from Khoisan Salt aids in breaking down the chillies and gives the sauce a deliciously robust flavour.

The other trick is using smoked chillies – something I do myself in a kettle barbecue – as they give the sauce depth and warmth without harshness. A very heavy-handed amount of white wine vinegar provides that addictive savoury tang whilst a generous addition of the aforementioned garlic and fresh rosemary finish things off.

This recipe works best if using a smoker or kettlebraai. To smoke the chillies, a stainless-steel baking dish with a fitted grid over indirect heat of about 160°C works best.

Scatter the chillies over the grid and cover the dish with foil. Put the dish over indirect heat and smoke for 20 – 30 minutes or until the chillies are gently blackened and soft.

Pull off the stalks of the chillies and add to a large food processor. Strip the leaves from the rosemary sprigs and add them to the chillies, along with the sea salt. Blitz to combine and while the processor is running, pour in the olive oil. Once the mixture is finely chopped, spoon it into a large pot and pour over the vinegar. Simmer the sauce over very low heat for 10 – 15 minutes then allow to cool.

Pour the sauce into sterilized jars and refrigerate after opening. The sauce is delicious on eggs, with chicken, fish and avocado or added to a peri peri marinade. 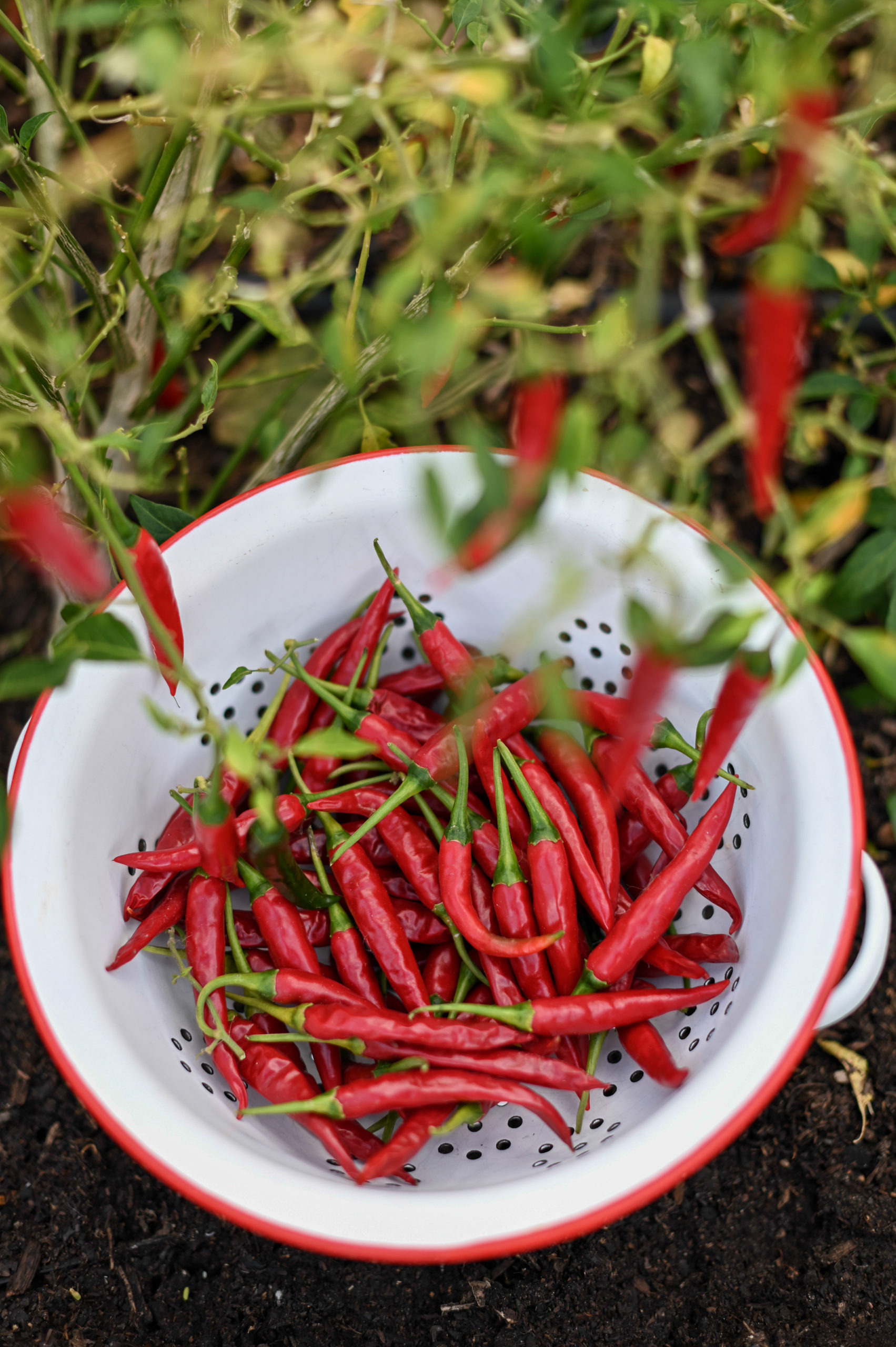 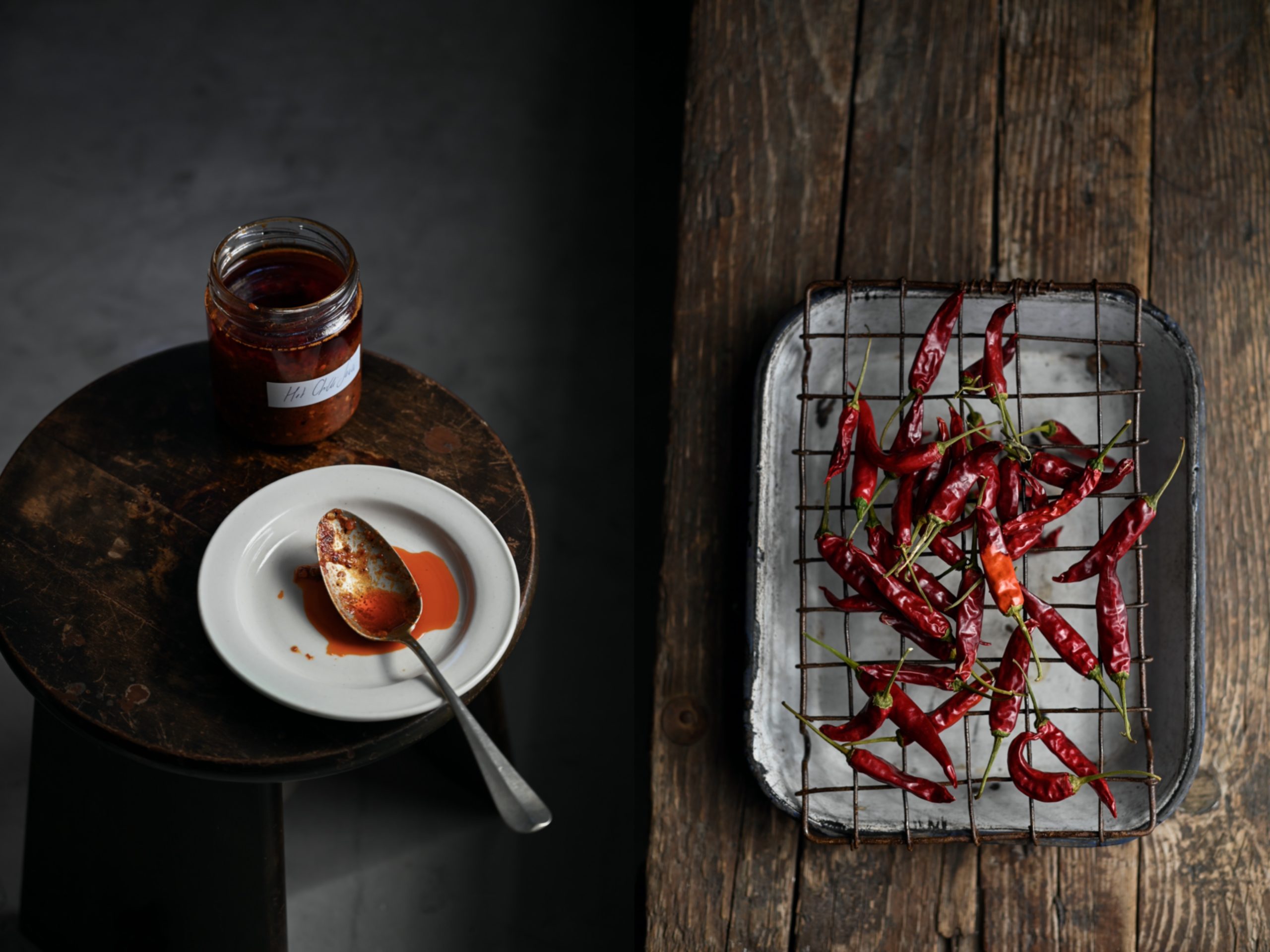 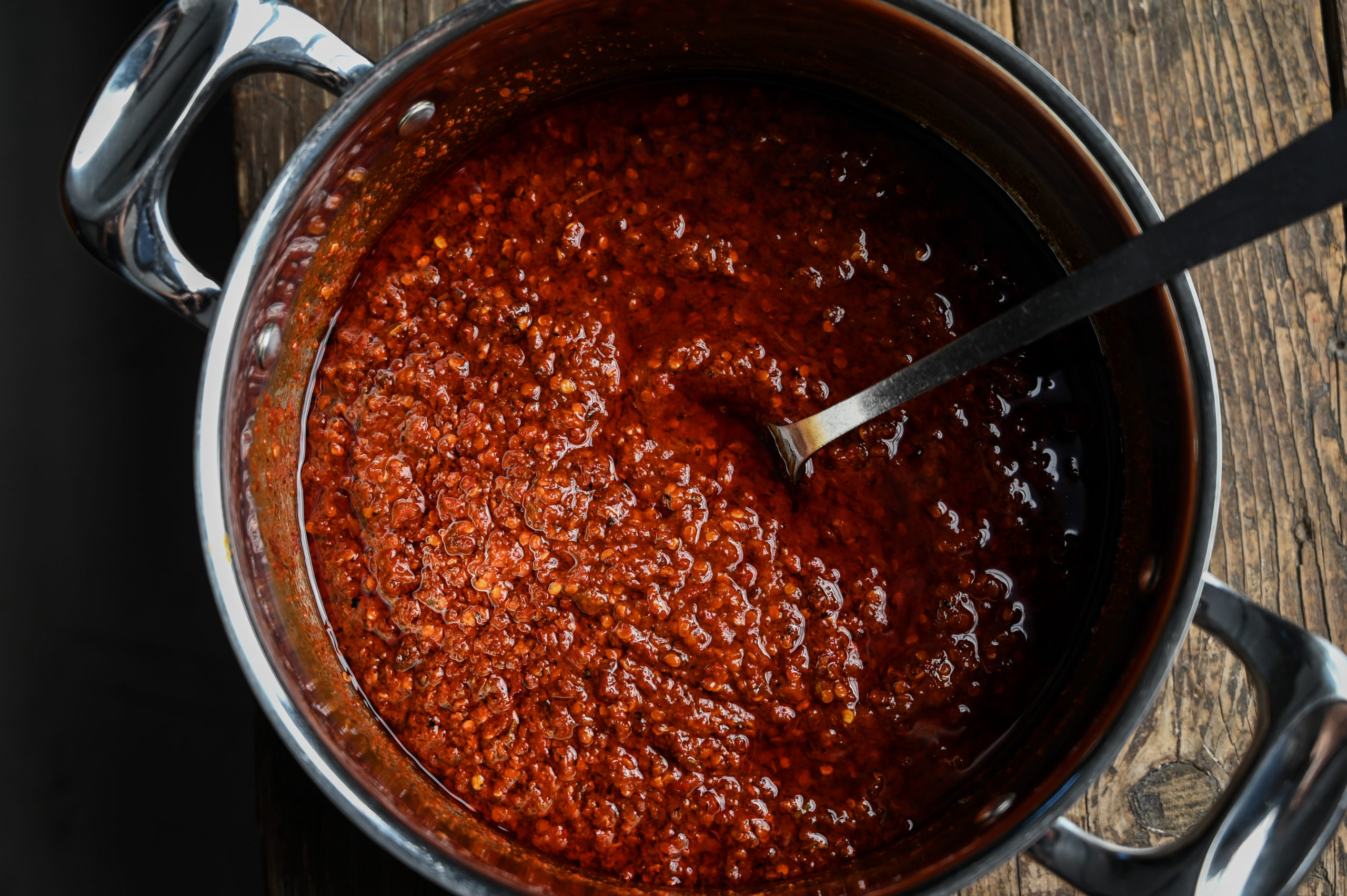 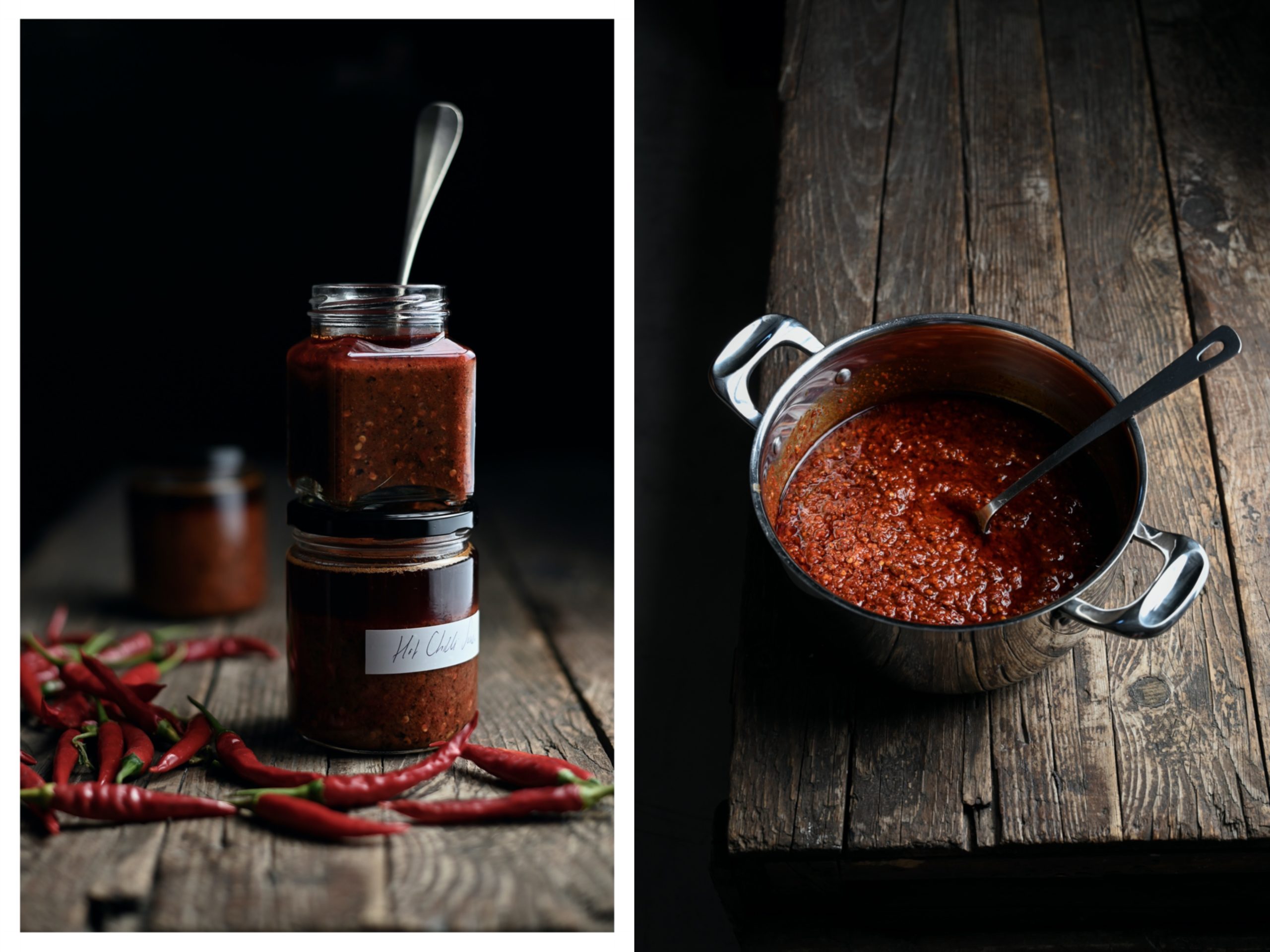 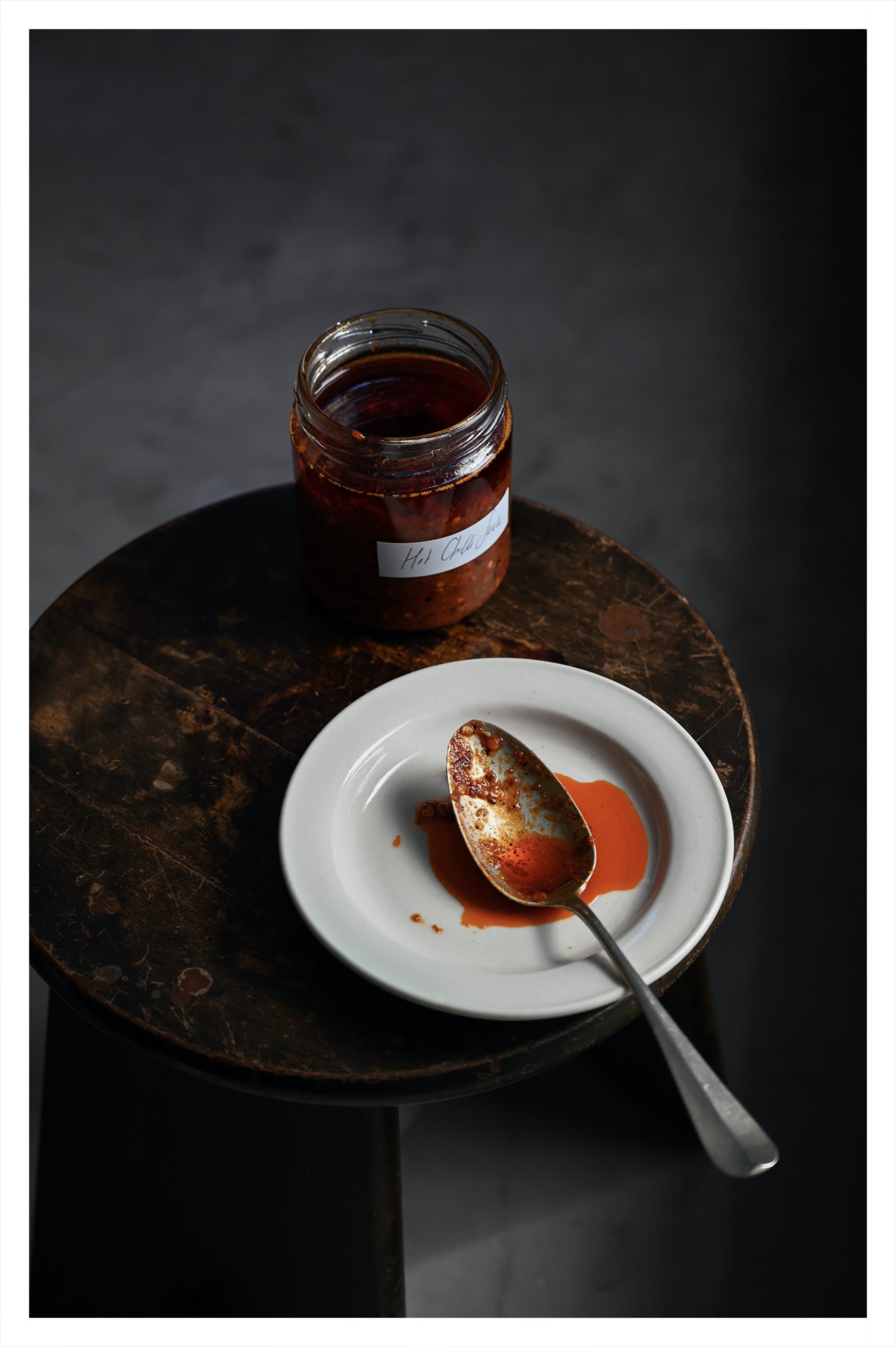 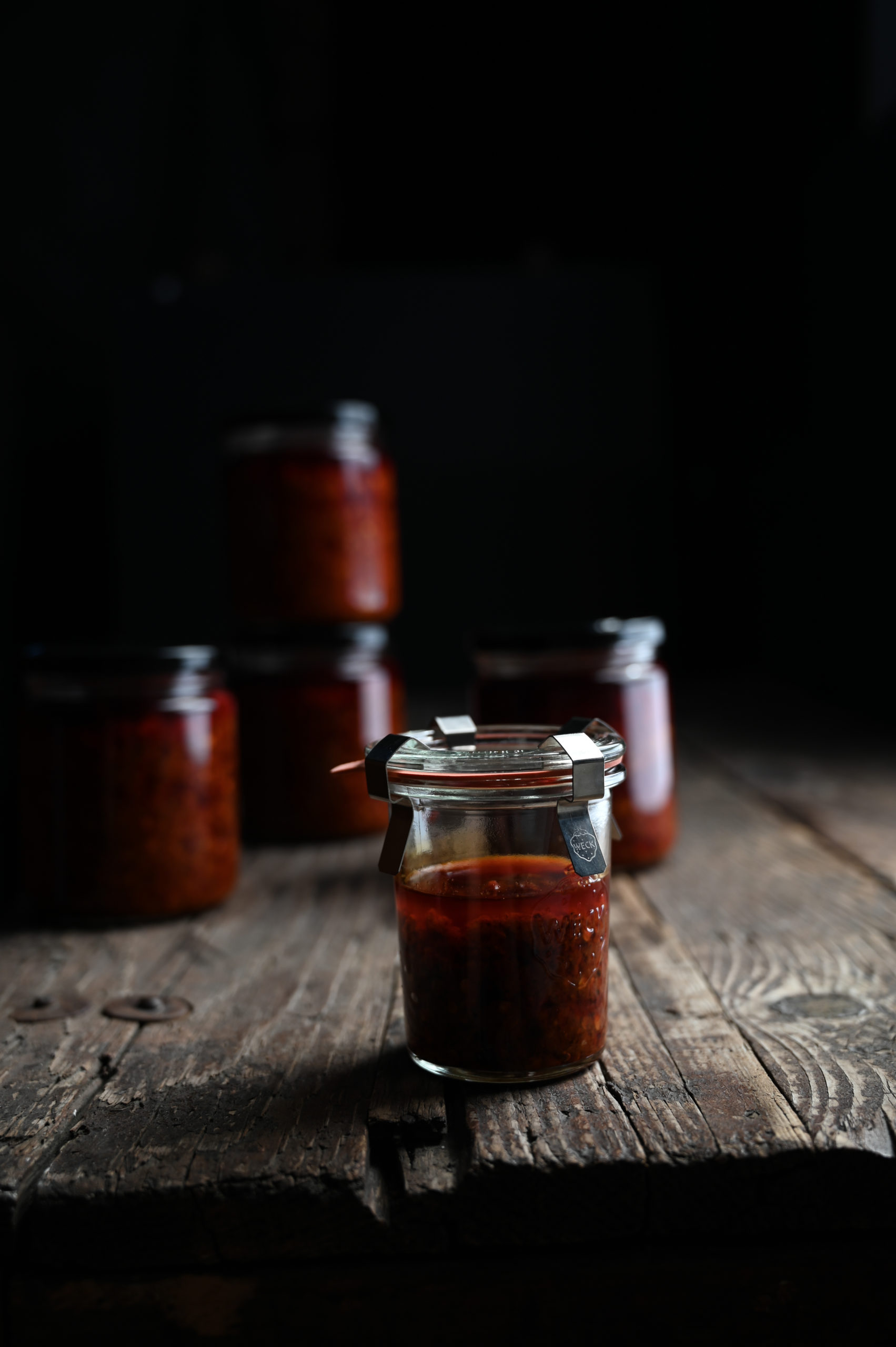 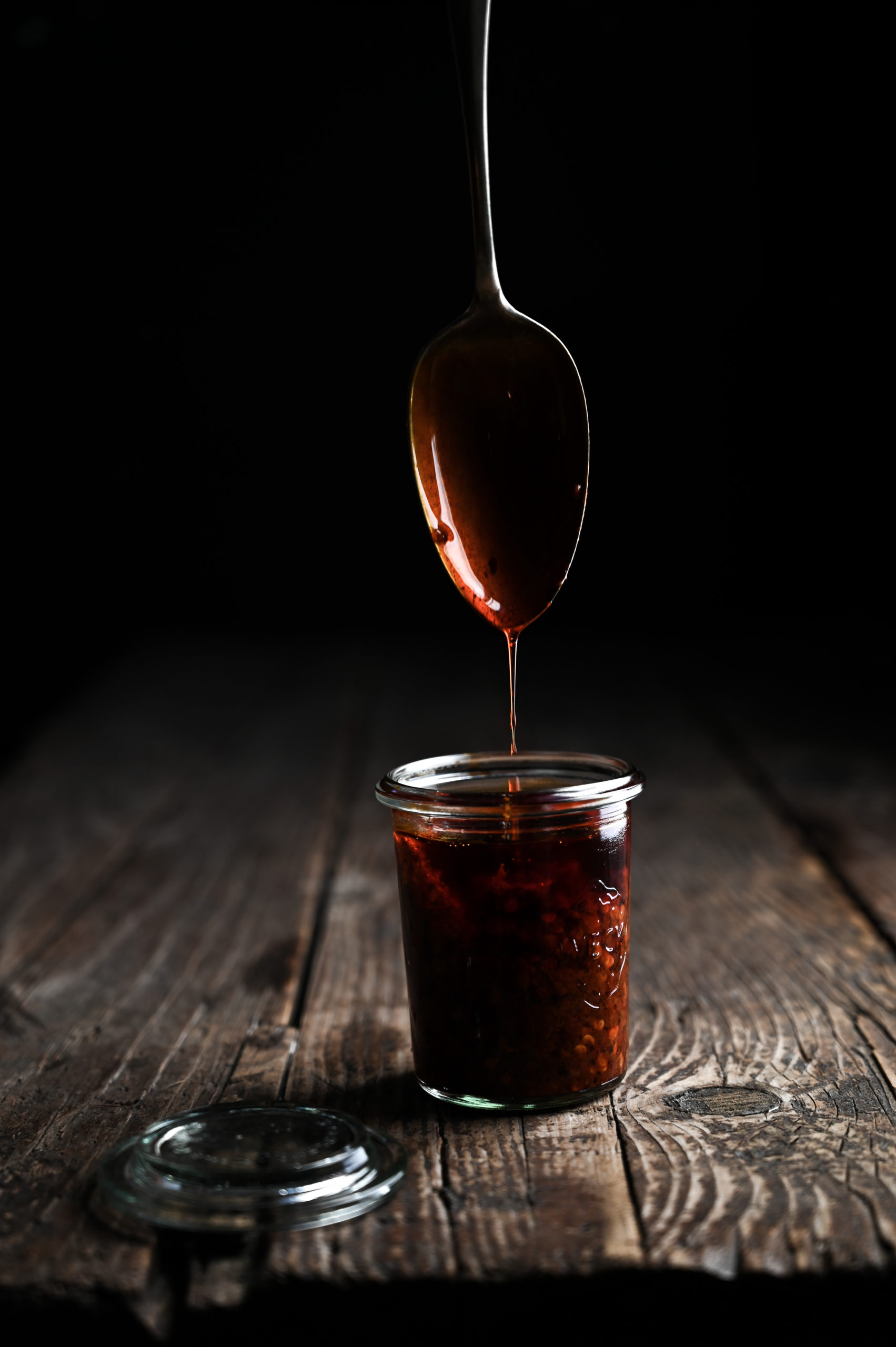 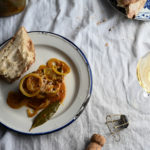 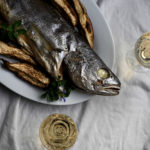 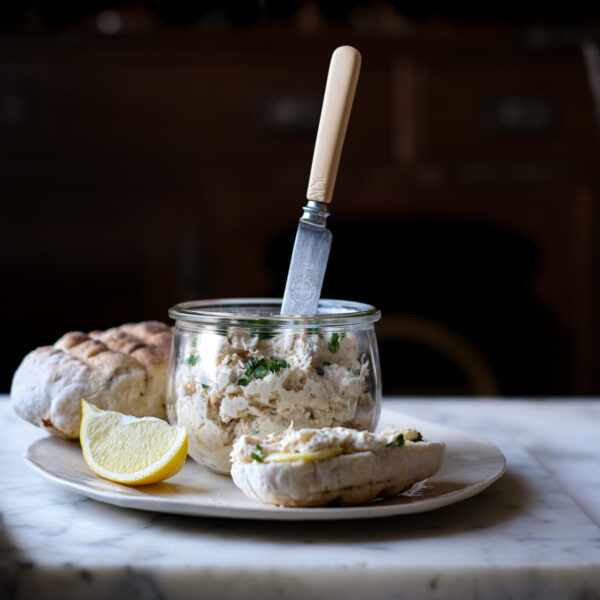 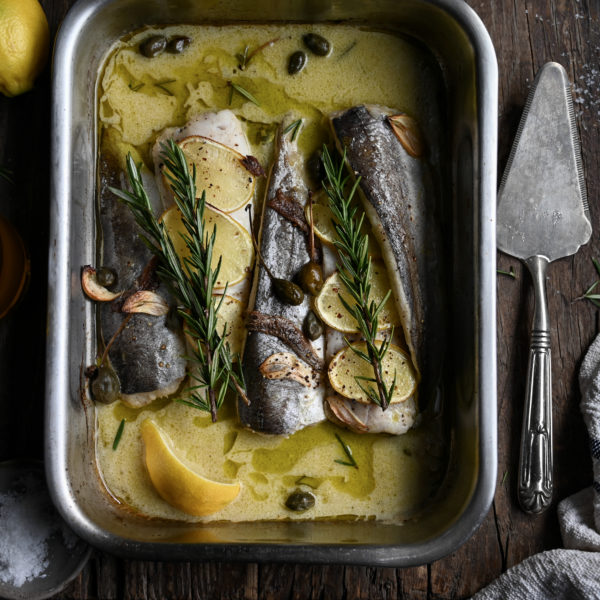 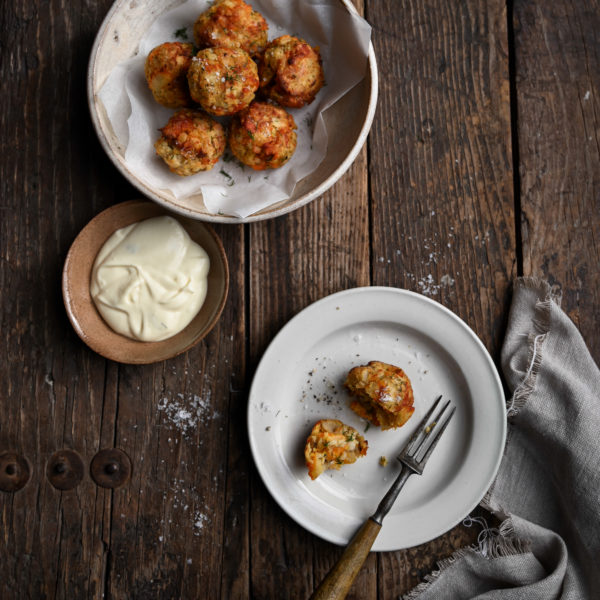 Your smoked chili sauce sounds delicious. It’s handy to have a sauce that can add a zing to any dish. I guess it will go very well with falafels too, which I love.

Thanks so much Lucy! Yes, this sauce would be great with falafel – you’ve given me a craving now!

I adore a peri-peri chicken! Glad you like the recipe