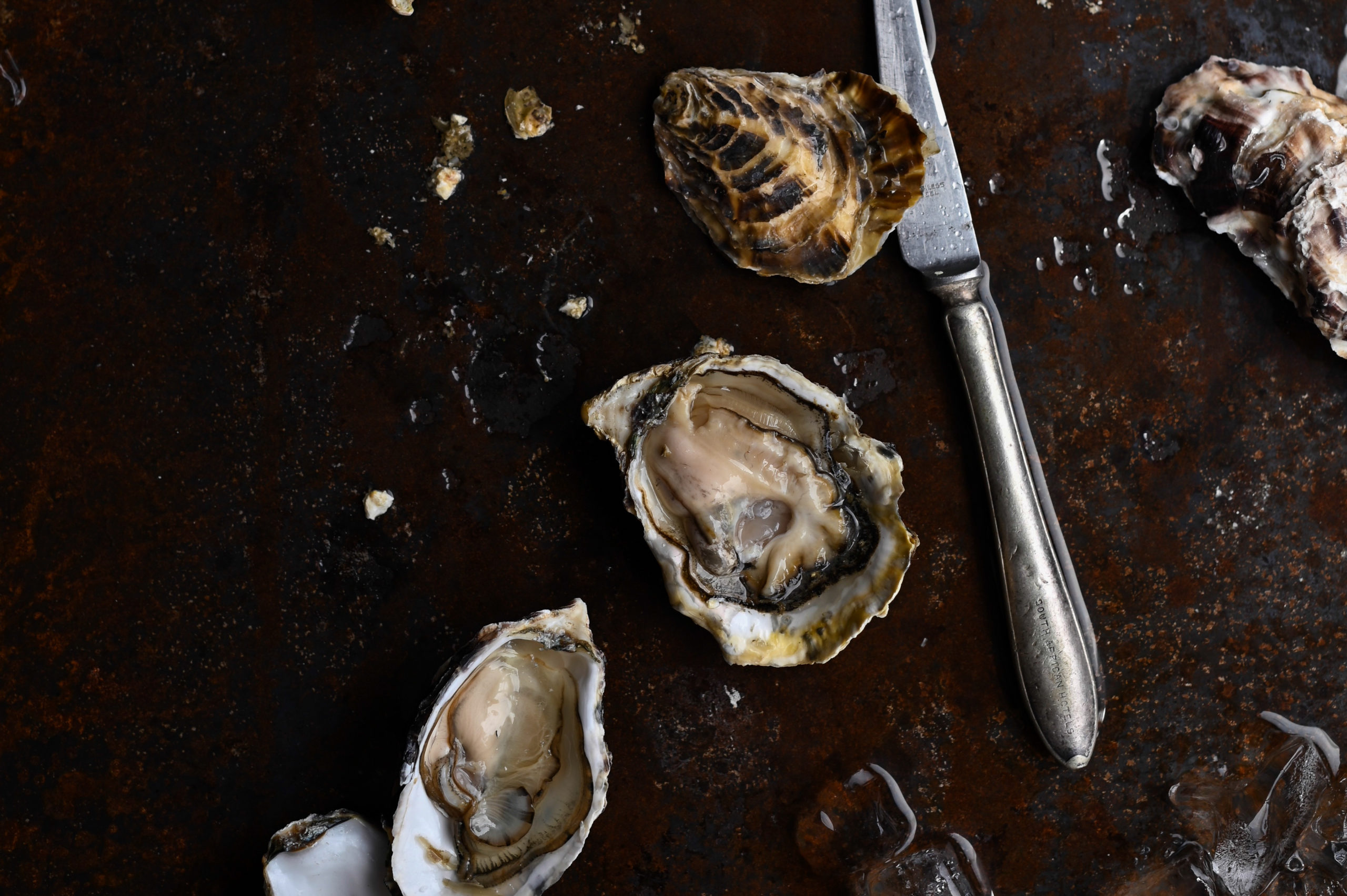 Grab the black pepper, lemon juice and Tabasco sauce – I’m here to introduce you to the joys of Saldanha Bay oysters!

Forget Knysna – we’re heading Weskus way. What with most of our country’s molluscs farmed in the cool, deep nutrient-rich waters of Saldanha Bay on the Cape West Coast, there’s no reason not to get better acquainted with this briny delicacy. No longer the domain of poncy restaurants and padded bills, oysters are now more affordable than ever and a delicacy that no one need be excluded from.

Little can top the pearly pink of a Saldanha Bay sunset, glass of MCC in hand and plateful of freshly shucked oysters at the ready. This is living – Weskus style!

The waters of Saldanha Bay offer a naturally protected environment for the farming of oysters and mussels. Incepted over 30 years ago, this form of aqua permaculture has since proved itself to be one of the most sustainable, eco-friendly and profitable for the area. The brightly hued buoys suspend crates of these filter-feeding oysters that aid so effectively in both the purification of the bay but also in creating ongoing job opportunities for the community of Saldanha Bay.

Started in 2005, The Saldanha Bay Oyster Co. was one of the first companies to start cultivating molluscs as a crop, and the deep, nutrient-rich water of this natural bay provided the perfect nursery.

An entirely local industry employing over 40 staff members full-time, the Saldanha Bay Oyster Co. cultivates Pacific oysters – a cultivar that belong to a group known as “cupped oysters” due to their concave lower shell. Making the ideal serving bowl to hold the tender meat of the oyster, Pacific oysters also have a milder taste than many other oysters, such as the “flat” or “Belon” oysters native to Europe. Best enjoyed icy cold on the half-shell with a splash of lemon juice or Tabasco and grind go black pepper, Saldanha Bay oysters are some of the plumpest, juiciest and freshest I’ve ever sampled. .  – Retailing their produce via their online shop and through their processing factory in the town, the Saldanha Bay Oyster Co. produces oysters in a range of sizes – from sweet little cocktail morsels to giant oysters – a serious mouthful. As the latter may be too large mouthful to be enjoyed fresh, Saldanha Bay Oyster Co. also features shucked oyster meat flash-frozen for your convenience. Little tastes as good as oyster meat deep-fried and served with a zesty dip, or a South Asian-inspired oyster omelette topped with spring onion and sriracha.

But more on that later.

Although this was not my first time out on an oyster boat, I never fail to find the outing to be a fascinating one. Being a food photographer, I’m not used to pre-sunrise alarm calls. Although this early morning recce to the farm was worth the yawning.

Sunrises in Saldanha Bay are discombobulatingly beautiful. As the bay curves inwards, the sun sets behind one, instead of over the ocean as perceived. Sunrise on the other hand is a blindingly shimmering spectacle that starts by silhouetting the distant steelworks. The moody light gave way as sleepy seabirds flew low over the mussels rafts and we embarked on our own private tour of this unique bay.

Safely aboard Saldanha Bay Oyster Co’s own Karlo, factory manager Joseph guided us into the oyster grounds and using the boat’s crane, lifted out a few oyster crates for us to get a closer look. Stacked circular sections protect the oysters as they grow, for peckish fish and seagulls are always on the prowl. Those aforementioned colourful buoys suspend these crates a just below the surface of the sea, so sunlight can easily penetrate and thus grow algae to nourish these filter-feeding creatures. “Upwelling” – an occurrence cause by storms over the bay – causes cold currents to scoop up nutrients on the ocean floor, bringing them to the surface and further sustaining the farms. Cultivation can take anywhere from 8 to 20 months from spat (oyster “seeds”) to sale, before the oysters are harvested, cleaned and graded in the factory in Pepper Bay.

My advice for any oysterphile would be skip the dodgy supermarket cold chains and sad oyster showers and rather buy the freshest West Coast oysters directly from Saldanha Bay Oyster Co. or via Chef Kyle of The Mussel Monger.

In honour of these briny beauties, I’ve developed two oyster recipes for the Saldanha bay Oyster Co. – one of which I’ve shared below and can highly recommend as a festive season canapé ideal for pushing the (oyster) boat out a little!

Oysters with a Charred Pepper Butter

Balance each oyster on a lined baking sheet. Place a dab of butter on each oyster and finish with a sprinkling of Parmesan. Grill the oysters in a very hot (220°C) oven for 3 to 5 minutes or until the butter is bubbling and the Parmesan has melted. Serve as a snack with drinks. 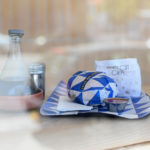 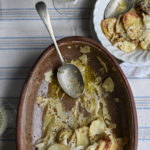 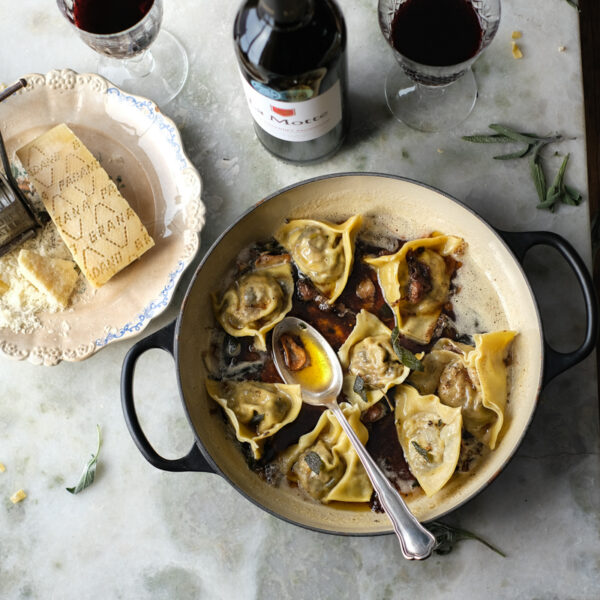 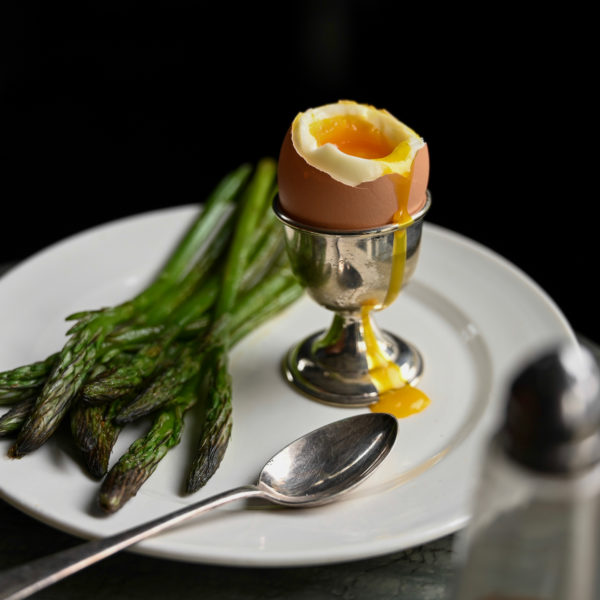